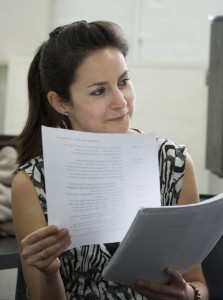 To Russia with Lust – by James Magrane

1933 and Garnett and Son is on its knees. William Garnett is a journalist, sent to cover Soviet show trials in Moscow in the company of one Ian Fleming. When Fleming gets too eager for his own good with local beauty, Tatiana Romanova, the boys are arrested and thrown into the bowels of Moscow’s grimmest prison, with nothing but an imprisoned American actor for company. It’s hard to see how things can improve.

Written and directed by James Magrane